They Saw It All!

- November 17, 2015
It was an exciting night at the YMCA in spin class. I had my two friends seated on bikes - my friend next to me with her daughter on a bike in front of us. We were pushing hard, doing sprints, climbing hills, listening to some rather punky music. Drink water, stand up, sit down, push push push. A painfully delightful class.

I have a hate/love relationship with spinning. The day of class I go through this dread state, even to the point of possibly being a bit snappy with my husband. As the time to leave arrives we put on our gym clothes and head to the Y, still with an edge because I KNOW what awaits! Yes, spinning hurts in a strange way that both terrifies me and makes me proud to be considered "in shape" enough to complete this rigorous exercise.

Ours is a semi-serious class - I think my friend and I are rather cavalier and joke around a lot before and sometimes during the spin, probably much to our coach's disapproval.

So we begin class - it takes some time on the bike but finally the second wind arrives and now it is all mental. I try to psych myself to the end of this "torture" by counting the number of songs, watching my mileage and vowing to stay until only I reach ten well-earned miles but know I'll actually stay for the entire session. Mind games - doing and imagining anything to get through class.

A couple weeks ago we were pumping away in a steady, long and steep climb when all of a sudden, I felt this funny feeling in my legs. My outer shorts snap had popped and my shorts fell down to my knees, quickly. I grabbed at them as my friend's daughter looked back at me over my exclamation. She smiled in a perplexed way. You see, we face a wall of mirrors so the entire class could see I was struggling to pull my pants back up. After I had secured said garment - my inner chuckling made the rest of the hour a blur, a fun time. I was silently singing an old song, the words are unsure but goes something like: "mommy had a baby and her head popped off." Now why did my wardrobe malfunction remind me of that song, I have no clue. Of course, after class I believe I was the first one out the door!

Popular posts from this blog

Reflections on Growing up Olsen 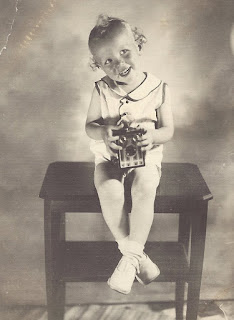 ( On November 11, 2009, I videotaped my uncle, Eric RP Olsen telling stories about his life in Marquette, Michigan. This post is but a segment of this recording and in Eric Olsen's own words.) I have learned that if I become a success it’s because of my parents. I was born on July 17, 1939 to Emil and Edna Olsen. My dad came to this country from Norway on a whaling vessel when he was 14-years-old back in the days when kids worked. On his second voyage on the Whaler he got sick and they put him off in New York City and he ended up on Ellis Island, recovered and made his way to Minnesota and from there to Chicago where he met my mother. Dad sailed for years on barges on the Great Lakes.  In 1918, everyone had the flu and this killed an awful lot of people. Dad quit his job on the Great Lakes as a skipper to come home to take care of the family.   I had four brothers - Clayton, who died of diphtheria at two-years-old, Donald, Richard who retired as a skipper on the Great Lake
Read more 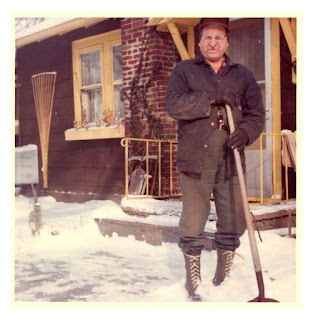 As I review the "trees" of my childhood, I find myself ruminating about my maternal grandparents who lived in a farm-y home at the end of a short dirt road. These memories light up this tired ol' soul.   Please take the journey with me.   Turning south off a busy road, you are immediately met with a tall hill lined with tombstones. To me it was a place of quiet and time with grandpa. The cemetery was a sacred place my grandfather, known and written about as The Birdman of Small Acres Lane , would take me, sit with his back against a gnarly tree tenderly petting his beloved dog, thinking or reading, while I wandered around reading the stones. Next to the cemetery was the Red Cedar River, which he told me to view but admonished me about getting too close. Following this dusty road toward their home, we pass Sadie's woody and partially hidden home on the left and Lilah's small cottages on the right. Rumor back then was that grandpa and Lilah were good friends and
Read more 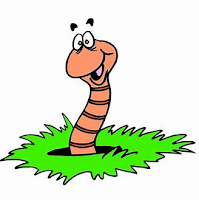 I am a great cook, in my dreams, but not what you’d refer to as a good cook in reality. I take license to create a variety of interesting recipes: crock pot liver stew, Tiger’s Milk smoothie with lecithin, brewer’s yeast, powdered milk, and ice cubes. I was especially creative with my specialty food – which I would feed my nephews and nieces when we’d camp. Bran cereal with orange juice poured over the top was a “favorite” for them. Cowboy coffee, for me, thick with grounds, a random leaf or twig in the mix … amazing flavor, a wake-me-up concoction. One camping trip ended differently than others as it had been raining all night. Can you imagine, rain, three kids and me in a small pup tent? One of the boys woke up having to go , unzipped the tent, and used the side of it to relieve himself. Granted, he was not completely awake, but still… Fastest time ever in packing our wet bags and tent, climbing in my Volkswagen “Thing” and going to a restaurant for a dry and warm mea
Read more