A place of my "own" is where I am sitting this minute: a building with warm colors, a glowing fireplace, music full of zen-fullness, where my mind tends to clear, thoughts are positive - I recharge. Think Cheers and you understand what I'm saying. Do you have a place to call your own? A location on the map that, no matter how you feel, cheers you up, catapults you into a realm of peace? I sure hope so. I have a few such places; and feel very blessed.

I want to share with you some of my most cherished spots - places where, if mentioned, bring up an ahhh in me. Refuges in this harsh world. No order to this list.

I could go on as more locations come to mind, but want to encourage you to consider the places in which you feel your "best" and healthiest - a place you can also call "home" and where all there, even the inanimate, know your name.

Email ThisBlogThis!Share to TwitterShare to FacebookShare to Pinterest
Labels: Locations

My father had a dry sense of humor and a love of food.  One day, he decided to eat healthier so was training to be a representative for a national health-food company.  At dad's first distributor’s conference, he took a taste of a grape-flavored protein drink and fell to the ground mid-sip, instant death.

This was very sad for our family for many years, but now that time has healed the grief, and thinking in retrospect, dying in such an ironic way would have made him chuckle.  To know that he went to the other side of life by experimenting with healthy eating - I have to guess that he would be smirking.

I almost died a real stinky death myself.  A large truck ran a red light at the exact moment I was driving through the green signal.  It could have been quite a tragic ending, as the truck had an extended bed with full porta potties - knew they were well-used as it was an extremely hot and muggy night and my windows were down.  A thick sloshing noise emanated from the truck which balanced on two wheels during a screeching turn.  Words escaped as I said oh sh..!  If indeed I was smashed by this vehicle, I certainly would have been covered in a layer of sticky poo.  A poopy end to a life well lived.


So, walking in my father's figurative foot steps, I kind of like the idea of an eccentric end and the truck'a'poo certainly would have fit the bill.  Headlines would announce that I'd been fertilized to death, proclaiming, "She had occasionally been dumped on in life, but was now truly dumped on in death.  She went out with a smile and a chuckle."  This is a stinky blog post, but since I enjoy storytelling, and find poo good fodder for a saga.  A little spiciness in my journey.
- March 15, 2017 No comments:

Email ThisBlogThis!Share to TwitterShare to FacebookShare to Pinterest
Labels: Stinky

Why I Take Pictures 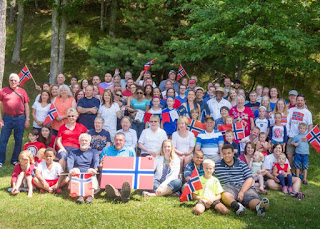 My childhood home was located at the bottom of a hill and when it rained heavily our greatest fear was what happened in the basement. Horrified gasps and exclamations spewed when we cracked the door open to a flooded basement – at times to mid-calf. A particularly deep water flood damaged my parent’s photo-filled cedar chest. Family pictures were barely salvageable from this soaked trunk, but placing photos individually on every available flat surface around the house saved some memories. Being a self-proclaimed family historian, I want to share the 8 reasons I take pictures. From experiences of loss from floods and fires, this is what I know for sure…

In the beginning there were roads, and they were good.

As a family historian and story-sharer, if you will, eating roads had been a story etched into our lore and a fun one to share.  No one as of yet has come close to believing me, thinking I am as full of hot air as Garrison Keillor is in his elaborate tales of his beloved home in Minnesota.  As a child of a storytelling family, separating fact from fiction has been my pursuit, and, knowing how children adopt memories from stories, a thrilling search for the truth.  It is true that our family ate roads in our hometown of Marquette in the 1950's.

I have enchanting recollections of eating the road in front of our home on Baraga Avenue.  This memory includes the tarry smell, the gooey pebbly consistency as a piece was picked up and rolled in a ball, along with the rubbery warm taste in my mouth.  My older siblings and several relatives, being of a more advanced age, obviously ate more roads than I chewed up.  A relative shared her memory of roads that would bubble up in the summertime heat, picking that substance up, chewing it because it was like bubble gum with rocks.  She contacted Marquette's retired road commissioner, Johnny Depetro, asking if he knew anything about the composition of the roads in Marquette during the 1950's.

Depetro wrote back, saying, "The street and block on West Baraga Avenue you are talking about was made of a macadam material named after a Scottish engineer J.L. McAdam (1756-1836).  The material consisted of small broken stones used in making roads, especially such stones mixed with tar or asphalt.  Some of the streets paved in the late 1940's and 1950's in Marquette that have not been reconstructed still have macadam material in them and have held together for many years or far longer than expected.  But is no longer being produced, due to the expense.  So, as the older streets are reconstructed, they are repaved by a new asphalt material that is much cheaper to make, but does not have the life span that macadam had.  This is called progress.  It was not uncommon for kids seeing that warm loose gooey tar on the top of the road to make a little tar ball to chew.  Not eaten or swallowed, but usually done because of an 'I double dare you to make a tar ball' and that is how we get to remember some of the fun things we would do, as young kids."

So, as confirmed above by Johnny Depetro, in the beginning there were roads, and they were good.

What kind of materials did you find to eat in your younger days that evokes a wary eye when you talk about it?

We love walking in the woods. Our cares melt away, the smell of nature is healing, and it is fun to enjoy our children in the "wild".

Recently, a trip to Lansing's Fenner Nature Center with two of our girls proved to be just what the doctor ordered.  We began walking along the paved trail and veered onto the first dirt path we saw. The ground was not crunchy as in the autumn, but gave way to our tennis-shoed feet, just enough for comfort.  There is a hut located along a marshy area that our older daughter claimed was a deer blind. Lots of small openings looking out at the water were perfect for viewing wildlife. I stepped outside and to the front and saw my family standing at different openings. Reaching in I touched our oldest daughter's leg and saw the reaction of her jumping with short little bursts of surprise. We laughed so hard - she thought it was a snake touching her.

Continuing along the trail we crossed paths with some deer grazing, occasionally lifting their heads to watch us, but showing no sign of fear. It's amazing how easily they absorb into their surroundings with the coloration of spring.

Climbing a short hill, one daughter pointed and said, "duck". In unison about three seconds after this, the three of us ducked. I suppose because everything was so peaceful and entertaining to us - we cracked up at the exactness of our movement.

Further into the wooded area, we came to a crossroads with paths leading in many directions. As it was getting a little late, I said we needed to begin heading back and asked which path should we take as I'm truly directionally challenged. All three of them, in unison again, pointed in opposite directions. Another laugh.

We chose to head toward the perimeter of the park and worked our way to the parking lot where we saw a deer cross in front of us, then another, another, another. A herd of 14 peaceful, beautiful deer, slowly crossed the lot and headed into the meadows. Some stopped to look at us, but none of them seemed alarmed at our quiet presence.

It was a beautiful ending of a simple walk in the woods. We were renewed and encourage others to get out in nature. There are many places, even around large towns, to walk - nature centers are exceptional places to visit. Just get out and enjoy - laugh.
- March 01, 2017 No comments: