The Monster of the Hawaiian Islands

I grew into a love of writing and had my mother, Fritz, as my unofficial, and at times unsolicited, editor. But boy, did she love to edit and I allowed this pleasure as it felt right.

Memories surrounding my first story are both painful and warm, and for me an unfortunate change in my dreams of being an author.

My 10-year-old self, wrote The Monster of the Hawaiian Islands while on a family visit with my grandmother in Marquette while sitting on the cool, soft feather bed in the front bedroom along the long porch which surrounded two sides of her house. I had a new sharp pencil and lined paper … which smelled heavenly. 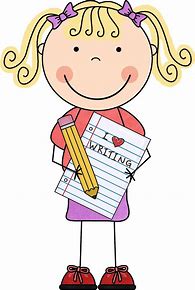 My story was centered around a monster on the islands and a ship named "The Olivia" - my grandmother's middle name. Clever and fun to write I gave my "final" draft to my grandmother to read … she was ecstatic, "ye gads" this needs to be published!

As my grandmother was a person of action, walked my story down to the local paper, The Mining Journal, on Washington and Third. I remember a feeling of dread and even fear that she would have my story put in the paper.

That's it! The end of my memory -- I never saw the story again.

My *father did not encourage my writing and seemed to think it a lazy person's activity. In my later years I wondered if it were he who might have tossed my story. As a young person with this passion, which was not exactly allowed, I think my soul for writing was crushed ... it took a number of years before I wrote again.

Until I was in a college creative writing class. This "secret class" I kept from my father, yet mom knew and approved. My teachers, my adored teachers, wrote wonderful things at the end of my writing - in red! I've kept the little bits of stories for my memoirs. "Ye gads!" 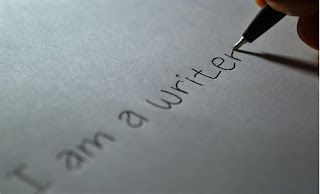 Writing has been a positive outlet for my feelings, projects and thoughts. My mother, may she rest in peace, encouraged me, would carefully read the sentences, advise, and hoot with laughter, as only a mom is allowed to do, at my word choices. Her absolute favorite thing was finding gems of misspelled words, a tasty morsel for her (which occasionally I'd place to please her).


Fritz was raised in Michigan's Upper Peninsula where schools awarded students for good penmanship … my mom received many awards. She also took Latin, and became an exceptional crossword puzzler and Scrabble player. I valued her and the significance of her abiding encouragement and attention to detail in making me a better writer.

Happy Mother's Day, moms. You make such a difference.

*Dad, may he rest in peace, died young from heart disease and left seven children and a wife. Going through his memorabilia, it was discovered that he developed "Shell Shock" (PTSD) following the war. He was a soldier in many battles, including Normandy's Battle of the Bulge.

His sister shared that before the war, dad was a peaceful, sweet man. In my heart-of-hearts, I have a greater understanding and have respect for my father and the horrid situations he encountered in the war. I thank him deeply for his service to our country, keeping us safe and free. He was a great man!